Climate change: what is the EU doing? And you? 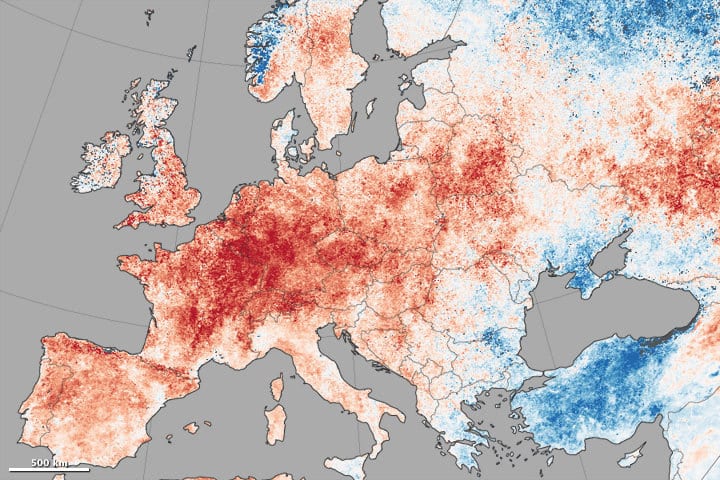 The struggle against Climate Change is one of the priorities for the European Union. Indeed, for the European Environment Agency the EU is the third biggest greenhouse gases emitter in the world, after China and the US. According to several evidences, greenhouse plays a big role in climate change. Furthermore, as shown in the picture here, climate change would affect all European regions, with consequences for the whole continent.

The average global temperatures, during the decade 2008-2017 has been the warmest one on record, and 16 of the 17 warmest recorded years, have occurred after 2000.  While, according to a study by Copernicus Climate Change Service, 2018 has been one of the 3 warmest years on record for Europe.

According to scientists,  if the temperature will increment of 2°C compared to pre-industrialization’s levels, there will be catastrophic consequences for the environment.

That’s why the EU, beyond setting some objectives, has also created some actions to fight climate change.

And what can you do?

On this front, the EU is moving in at least 4 different directions:

In 2018 the Parliament has adopted a policy for clean energy. The objective is to increase the use of renewable energy to 32% by 2030.

Furthermore, another aim is to improve energy efficiency 32.5% by 2030.

Funding activities for the climate

At least 20% of the financing planned in 2014-2020 should be devoted to activities related to the climate: this includes 3.4 billion Euro of LIFE programme.

What can you do?

What’s your opinion about the EU environment policy? Do you think it should be improved?

Join our team in a Youth Exchange in Romania, next October. You will have the opportunity to work with othere young Europeans to improve EU environment policy. APPLY NOW!